Biography: What sets Lesley apart from other teachers?

Lesley Findlay has dedicated her life to the study of voice. A singer since childhood, her lifelong passion is to understand how the voice works and be able to explain singing concepts in the easiest possible way. This has led to the unique and innovative approach she has, as a singing teacher and vocal pedagogue. Mastery of her own voice required years to attain. However, with her simplified approach to voice, you can shave years off your progress. She designs the lessons to increase your awareness of how your voice works, and to quickly master an efficient vocal production throughout your range.

Lesley began her vocal studies at the age of 16 in Vancouver, British Columbia with a well-known Russian teacher by the name of Nona Mari. She studied for three years under her direction singing popular and Broadway songs. Russian technique is characteristically heavy. Not knowing that this would one day become problematic, she was happy with the foundation of her technique which gave her a big voice, the envy of her peers. Mrs. Mari was a classical singer but taught many pop, jazz and broadway singers as well. Due to this early foundation in cross-over techniques it never dawned on Lesley until three years later that most teachers only teach one style – the one they sing.

As an actress and singer, Lesley was featured in many Broadway productions including Hodel in A Fiddler on the Roof (by Stein, Bock & Harnick) Nellie in South Pacific (by Rodgers and Hammerstein), and Kate in Kiss Me Kate (by Cole Porter) to name but a few. She developed an insatiable passion for vocal technique starting around the age of 20 when she switched from Broadway, Pop and Jazz to classical studies under the watchful eye of Dr. Jacob Hamm, from Bellingham, Washington, with whom she studied for two years at Vancouver Community College (VCC).

Dr. Hamm would only take classical singers so Lesley agreed to turn her attention solely toward classical music studies, believing the answers she was looking for would be found with a classical teacher. Her deep love of Jazz and Broadway were set aside in her persuit of vocal technique which became more and more of a passion. Dr. Hamm liked a warm, covered tone and used a more scientific approach including instruments to measure pitch and display vowel formants. It was interesting, if a bit unconventional, and Lesley tried diligently to apply everything she was taught. Weekly masterclasses lead by Dr. Hamm where also very illuminating in many respects, including how to speak to singers in order to both encourage them and improve their performances.

It was in the summer of 1985 Lesley had the good fortune of being cast as Kate in Kiss Me Kate at The Banff Centre for the Arts – a well renowned Musical Theatre training program in Banff, Alberta. During this program she had the pleasure of working with Colin Bernhardt, a voice and speech teacher who taught her the connection between the speaking voice and the singing voice, a key element she uses in her teaching to this day. Colin Bernhardt trained as an actor in Montreal and Vancouver and taught speech and acting since the mid 1970s. His method includes using relaxation, gesture, and speech dynamics to take each student on a personal journey where they discover how to connect their words and their voices with their emotions. Mr. Bernhardt’s first comment to Lesley was that she was “speaking one-third too low.” A comment that only bore fruit several years later when she came to better understand the important connection between the speaking voice and the singing voice – a core element of her teaching today.

After Banff, Lesley moved to Toronto, Ontario to complete her Music Degree, with a Major in Voice Performance, at the University of Toronto with Mary Morrison, O.C. (Order of Canada) her teacher for three years. Ms. Morrison liked a bright sound, so the approach was quite different. The demands of preparing a full recital each year, repertoire for classes and opera choruses didn’t leave much time to study vocal technique although, with other students, she enjoyed discussing the different approaches used by various faculty members. It was in Toronto that Lesley had the opportunity to coach with Rosemarie Landry (French Diction), Greta Kraus (German Diction), Douglas Bodle (Early Music Coach), John Hess (Third Year Recital) and Che Anne Loewen (Fourth Year Recital). In addition to studies, Lesley did some professional singing in and around the Toronto area as a mezzo-soprano. 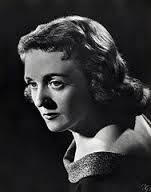 After graduating, Lesley moved to Montreal, Quebec where she sang for a year with The Tudor Singers, a professional choir. She then went on to do post-graduate studies at McGill University for two and a half years where she worked with Michael McMahon (Song Interpretation) a world-renowned and much sought-after vocal coach, Dr. Robert K Evans, vocal coach and language specialist of more than ten languages, and his wife Lucile Villeneuve Evans, singing teacher and recognized French repertoire specialist. It is at this point that Lesley switched voice categories and moved into high, melismatic, opera arias like “The Queen of the Night” from The Magic Flute by Mozart and other coloratura operatic pieces. For someone who trained as a mezzo to be singing “Queen of the Night” is a huge shift and subsequently her voice started showing signs of strain. Mr. Bernhardt had already informed her that she was speaking too low and now Mrs. Evans confirmed that she was singing a repertoire that was too low as well. Opening the upper register is very important as is connecting the speaking voice and the singing voice; both concepts Lesley uses in her teaching to this day. These two concepts taught by unrelated teachers, enriched each other and became key points of Lesley’s approach.

In 1991, when Lesley finally met Jane Randolph of Oakland, California, she was in real vocal trouble. Some concepts she learned over the years were right, but not well explained, while others were outright wrong and caused vocal fatigue. Ms. Randolph had exceptional musical ears and an intuitive way of teaching. She taught four core principles: alignment, relaxed breath, light attack and vowel purity; these being fundamental to the mastery of the art of classical singing. Everything Lesley thought she knew had to be relearned in this new framework. Ms. Randolph stripped away years of bad habits and reassembled Lesley’s technique to the point that she was again able to accept professional singing engagements. Jane Randolph still has an active teaching studio in Oakland, California where she teaches pure classical technique and style. She moved Lesley into the repertoire which was ultimately more suitable for her voice, lyric soprano, which she enjoys singing to this day.

After three years of study with Jane Randolph, Lesley took a break from studying. Flying to California for lessons was getting expensive and she felt that there were still a few other missing elements in her technique. Eventually she discussed these concerns with German Baritone and voice teacher, Jan Simons (pronounced “Yan”), residing in Montreal, Quebec. Lesley had known Professor Simons for many years through McGill University and had spent two years in his Song Interpretation class but had never studied with him privately. Professor Simons assured her that he could help and he was right. In a few short lessons, he cleared up the lingering areas of concern that she had with his stricter approach to alignment. It took a few months to master but she understood the approach was working at the first lesson.

Lesley had learned the importance of “light attack” but Professor Simons taught it in a whole new way which was easy to understand and master. It was this particular point that proved to be the most surprising and beneficial. Moreover Jan took her singing, quite unexpectedly, to whole new level. He didn’t give long-winded explanations but used key words and demonstrations to get his point across. He stressed, among other things, excellent posture, a high chest position, vocal flexibility and how to “crow” to keep the phonation slender. It was a very pleasant surprise to discover this gem of a voice teacher in her own city. Under Jan Simon’s care she perfected her technique and achieved “pianissimo” (soft) high notes which had eluded her for so long.

Due to the road she travelled as a singer and by the grace of her determination to understand and communicate singing concepts, Lesley has a very highly developed musical ear. She is able to pinpoint the finest subtleties in your voice with precision and has numerous approaches to solving any particular problem. Due to this, she develops singers in a healthy way and doesn’t shy away from helping anyone with a “vocal problem.” Despite the challenges she encountered as a singer, or perhaps more accurately because of them, Lesley gained a tremendous depth of knowledge which sets her apart as a voice teacher and singing coach. She considers it both an honour and a privilege to be passing this knowledge on to her students, who regularly experience accelerated progress.

For more information or to book a private lesson, please go to the contact page.